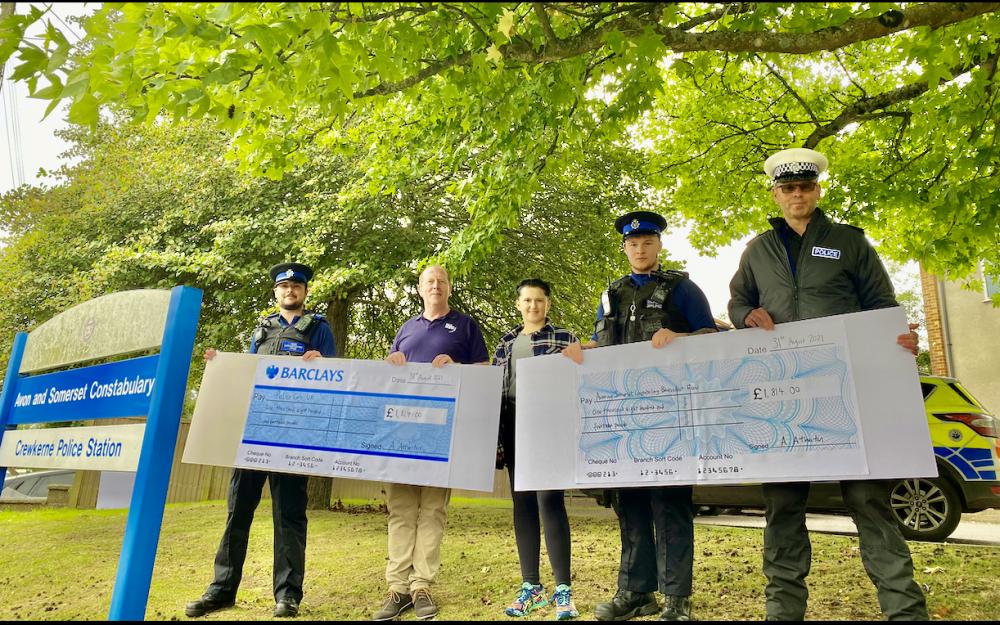 Richard Huish College Year 1 student, Alex Atherton, recently walked across three national parks to raise money for police charities, as a thank you for supporting them through mental health crises. Alex, who is autistic and has experienced mental health issues, feels strongly that the Police do not get enough recognition for the work they do in helping people in this situation.

The 16 year old, who identifies as they/them, walked the length of Exmoor, Dartmoor and the New Forest parks on three consecutive days in August 2021 – a total distance of approximately 83km. They raised a total of £3,628 for the Avon and Somerset Police Benevolent Fund and Police Care UK.

Alex is studying the Vocational Extended Diploma in Public Services, with a view to joining the Police Force after university. Alex commented “I decided to fundraise for police charities as I know some people have a critical judgement towards the police and how they do their job. I have been on a section 136 which means the police can detain you for up to 24 hours as they deem you a risk to yourself and others and take you to a place of safety, whether that be a hospital, 136 suite or if you are over 18 that can include custody.

“I did these walks for the police who have sat with me for hours at a time while I’ve been unwell and have always treated me with respect, as it pains me to think other people sometimes don’t do the same back. I also want to thank them for giving me a new hope in life. Back in the latter part of 2020 I was quite suicidal and one officer said to me: “when you make it to 18 come join the police, we need more people like you who can make a difference”, so that’s what I plan to do”.

At a cheque presentation at Crewkerne Police Station last week Alex handed over the money raised to representatives from two charities. Both received £1,814 each, which will be used towards the welfare of serving and former Police officers and families who are in need of support.